Manchu Bhakthavatsalam Naidu, Popularly known as Manchu Mohan Babu is a versatile Telugu actor, politician, educationalist, philanthropist, director and producer. From acting in over 575 movies to producing over 63 hits, also being a people's leader and a reputed politician, this epitome of versatility has, in every way possible, been an inspiration to many Indians and is an ideal citizen of our country.

Born into a middle class family in a small village called Modugulapalem near the temple town of Tirupathi, India, Mohan Babu had always had the thirst to become an artiste and movies had become a craze for him at a very young age. As he had to support his family, on his father's advice, who is a headmaster, he had to take up a job as a physical education trainer in a school in Chennai. But that did not deter his thirst to join the Telugu Film industry, so he set out to Madras to achieve a degree in physical education from YMCA, and worked as a P Ed teacher in Kesari high school in Chennai. He is married to Nirmala Devi, and has three Children - Lakshmi Manchu, Vishnu Manchu and Manoj Kumar Manchu. All his children are among the most sought after actors today of the Telugu industry, and have established themselves as actors and entrepreneurs alike.

Over a span of 45 years in the industry, Dr. Mohan Babu has acted in more than 575 movies. He is probably the only actor to have entered the industry through negative roles, and went on to act in lead roles, and now in character roles, through which he has garnered many awards, accolades and the hearts of scores of audience across the globe.From earning a title as ‘Collection King’ and ‘Natavaachaspathi’, to being awarded an Honorary Doctorate form the University of California and a Padma Shree by the Government of India, Dr. Mohan Babu has been an actor par excellence.

He started his career in 1975, and his major breakthrough was Shivaranjani, his debut movie. He was discovered by ace director Dasari Narayana Rao, who later paired with him for many movies, making themselves the most favourite pair of the Telugu film industry.

From the time when he started steering his career, he has been a maverick actor. In his initial films, he did the roles of a bad guy who turns good towards the end of the movie. This later helped the audiences accept him in positive roles of the movie. He is one of a few actors, who has acted his age on and off screen, which have filled the hearts of the audiences with much more warmth for him.

As Dr. Mohan Babu was closely associated with the former Chief Minister of AP, Late N.T.Rama Rao, he was nominated for the Rajya Sabha MP, 1995. During his tenure, he developed several villages in the Rayalaseema region, and provided solution to the drought hit Rayalaseema regions. He also took part in a hunger strike on the 2nd of October, 1997, to sensitize people against the malady of corruption, and fought against it. It is also known that Mohan Babu has always provided help to the underprivileged artists of the South Indian Film Industry.

He is probably one of the very few clean politicians in India. He quit politics in the year 1999, citing that he didn't want to be a part of the politics which he didn't believe in. Ever since, there has been a lot of speculation at every election time about him lending his support to a political party. He has been quite in the political scenario.

It has to be mentioned that, Mohan Babu has a tremendous good will and his support could sway the political scenario in some parts of A.P. and Telangana. Majority in Rayalaseema. Hence has been requested by many politicians for his support.

In 1992, with a vision to educate and impart knowledge to the citizens of Rayalaseema region, Mohan Babu started the Sree Vidyanikethan Educational Trust, which consists of two international schools, and five colleges, which specialize in specific fields. The trust educates over 10000 students a year, and has over 1800 teachers and lecturers as staff.

The five colleges in Degree, Engineering, Nursing, Business Administrations and Pharmacy have state of the art equipment for the benefit of the students, and the most dedicated lecturers teaching the students. Every year, thousands of students who pass out of the Vdyanikethan Educational Trust are placed into prestigious organizations and companies through campus placements in each field. The cream of the alumnus is hired by the top IT, Accounting, Medical and other recognaised organized fields.

One fourth of the intake of the students are provided with free education, and the students graduating from the colleges are placed in high positioned jobs through campus placements.

Dr. Mohan Babu has always believed in giving back to the society and has been striving to do his bit to the society and the environment. He has actively participated in improving the standard of living of many small time actors and junior artists in the industry and has been religiously contributing to the South Indian Film Industry’s underprivileged artists. During his tenure as a Rajya Sabha MP, Dr. Mohan Babu had personally visited the drought hit Rayalaseema region, and offered disaster hit areas solutions and acted as a perfect leader in executing these solutions, majorly to the agrarian community.

Giving back to the community has always been a priority for this actor, and he has imbibed the same values to his children, who have reached great heights when it comes to philanthropy. While his daughter, Lakshmi Manchu is the brand ambassador for Swatch Bharath mission incorporated by the Prime Minister of the country, the Manchu siblings, Vishnu and Manoj have taken it upto themselves in providing free education to around 25 students who were flood victims in the past.

Mohan Babu turned a producer with his hit film, Prathigna, which was produced under his home banner, Sree Lakshmi Prassanna Pictures. He went on to produce over 80 movies under this banner, and gave many blockbuster hits, like Peddarayudu, Rayalaseema Rammanna Chowdary, Allari Mogudu, Assembly Rowdy, Alladugaru, which have become a few of the most memorable hits the Telugu industry has seen. SLPP today is one of the most premier production houses in India.

From giving us blockbuster hits like Peddarayudu to carving a niche for itself in the industry, SLPP is known to have produced quite a few cult movies, which have created waves in the society.Prathighatana, Dharma Poratam, Major Chandrakanth, Rayalaseema Rammanna Chowdary were considered cult movies, which triggered the minds of the audiences with it’s social message, while movies like Allari Mogudu, Collector Garu, Rowdy Garu, Krishnarjuna were considered family entertainers. Dr. Mohan Babu’s role in each of these movies are of great value.

As he has completed 40 years in the film industry, the actor’s popular dialogues have been compiled in a book, named ‘Dialogue Book’, was launched in the House of Commons, British Parliament, on May 11, 2016. This book launch event was hosted by Asian Lite, in association with Bob Blackman, Member of Parliament. This was the first time that a Telugu film personality got honoured in the House of Commons, British Parliament.

Educational Institutions : A group of colleges and schools which house and educate over 20000 students each year.

Production House : One of the leading production houses, which has produced over 80 block buster hits.

Mohan Babu Corporation : A sister concern of SLPP, this media house caters to the needs of people.

Mohan Babu film Son of India goes on floors at his Hyderabad home[...]

Fasak! It’s trending and only actor Mohan Babu can say what the word means[...]

Modi invites Telugu Actors to be part of Swachhata Mission[...]

Mohan Babu Announces his Next Project 'Gayathri' with Director Madan on Social Media[...]

Dr M Mohan Babu portrayed the role of hero in the film 'Son Of India'. The film is tipped to be an action entertainer with a patriotic theme. 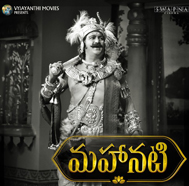 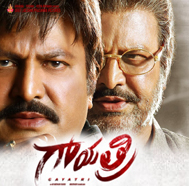 Mohan Babu has portrayed both hero and villain in the film, which revolves around the relationship between a father and his daughter. 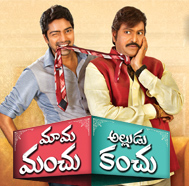 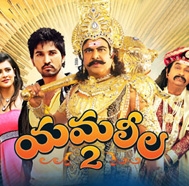 In the SV Krishna Reddy's 2014 fantasy drama, Mohan Babu is majestic as Yama Dharma Raja and his dialogue delivery is impeccable. 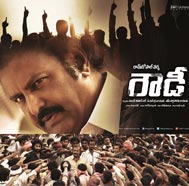 Rowdy is a 2014 film, about a local leader who fights for righteousness. 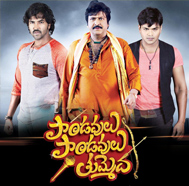 Pandavulu: A 2014 release, this out and out family entertainer will leave all it's viewers in splits. 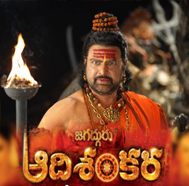 Mohan Babu played Rudraksha Rushi in the biographical-devotional film, which is about the life and time of Adi Shankaracharya. 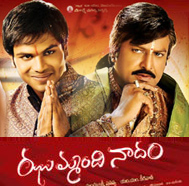 A musical hit, Jhummandi Naadam helps us all relate to our musical roots with pride. 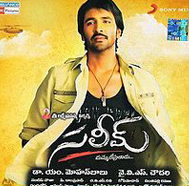 Mohan Babu played a crucial role in the film, which tells the story of a girl who realizes the true meaning of love. 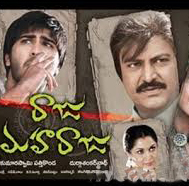 Mohan Babu portrayed a noble and hardworking business tycoon who sacrifices everything to change the attitude of his brother. 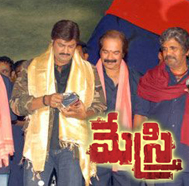 Mohan Babu played an army officer who succumbs to the local goons in the film, which is about how a mesthri solves land issue of his coworker. 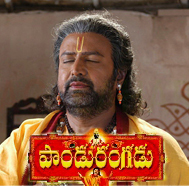 Mohan Babu enthralls everyone with his modulated diction as the one who delivers the eminence of the parents in the film. 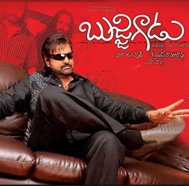 An out and out action entertainer, Dr. Mohan Babu plays a don who fights for justice in his own way. 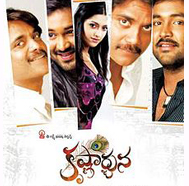 Mohan Babu essayed a special role in the film, which tells the story of a guy who wins over the evils for the peace of his family life. 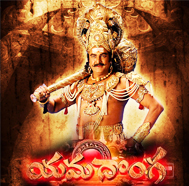 A blockbuster hit, this movie saw Dr. Mohan Babu as the most fun Yamadharmaraj of all times. 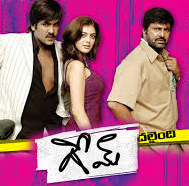 As the cussed cabbie, Mohan Babu drives the film with his patented dialogue delivery. 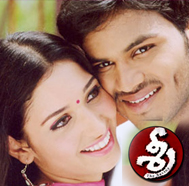 Mohan Babu gave a special appearance in the film, which is about how a guy rescues the people from the clutches of the feudal landlord. 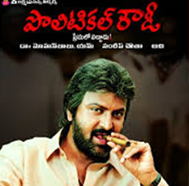 Mohan Babu played a bachelor don, who settles the political matters falls in love with a cute young girl. 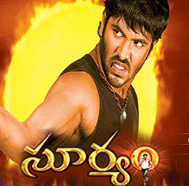 Mohan Babu gave a guest appearance and generated some comedy in the film, which tells the story of a guy whose aim is to fulfill the last wish of his mother. 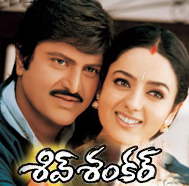 This is the story of a mobster essayed by Mohan Babu who becomes a monk when he lost his family. 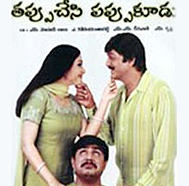 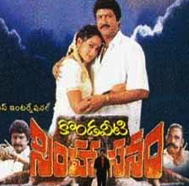 The action-oriented family drama, which is about relationship between a devoted servant and his village head, offers an occasional comedy by Mohan Babu. 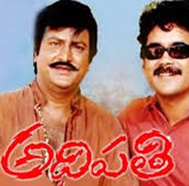 This is the story of an IAS officer essayed by Mohan Babu, who has been falsely implicated in a murder case is full of longing to take revenge. 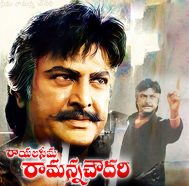 The story of a real life leader from Rayalaseema, This movie was a landmark achievement of the legendary actor. 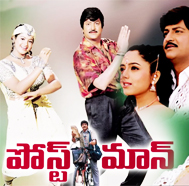 Mohan Babu gave an aural kick to the ear with his sturdy dialogue delivery in the film.